Beside different from amounts of diodes, other difference lies in use of a transformer, which transformer used in the bridge rectifier circuit system is not a transformer which has ct (center tap) or using a conventional transformer without ct. 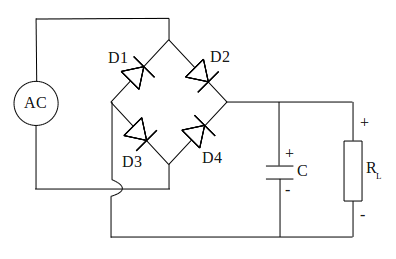 Transistor as a switch

One function of transistor most commonly used in the electronics world is as a switch. To find out how transistor as a switch, we do experiments on the following circuit. 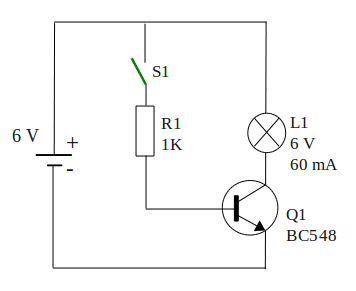 Switch (S1) condition in Off state or open, there is no voltage source attached to the base terminal of transistor, so that there will be no current flowing in the circuit, in other words, the lamp will not light. 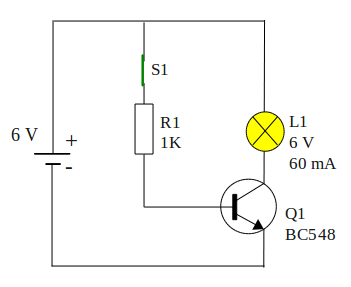 Switch (S1) condition in On state or closed, voltage source is attached to the base terminal of transistor, so that there will be currents flowing in the circuit, in other words, the lamp will turn on.

If there is no external voltage is connected to transistor, then there is no current flowing in a circuit, in other words all the electrical current equal to zero. So to use a transistor, we need to link in such a way, to obtain a current flow that we want.

Circuit below is an example of how the NPN transistors work 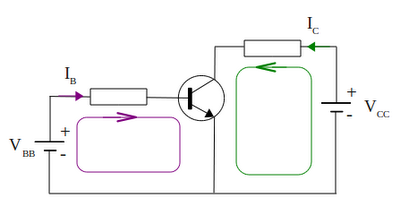 With these conditions, we can see that:

Almost all of analogue multimeter or AVO meter (Ampere, Volt and Ohm meter, as shown in the figure below), can use to determine terminals (base, emitter, and collector) and type of transistor (PNP or NPN). On this configuration, turn the knob multimeter's position on Ohm meter test or at symbol Ω. 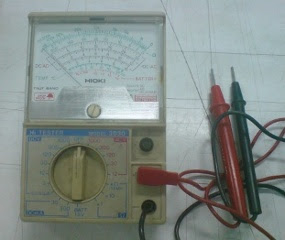 We take an example to be measured is transistor BJT type FCS9015, which is quite widely use. We learned to determine terminals and type of transistor FCS9015, and the following steps:
1. Measuring and create tables of measurement

3. Determine emitter and collector terminals of transistor
Needle's moves at measurements points 1-2 and 3-2, almost have equal value, so it will be difficult to determine terminals collector and emitter using analogue meter. So we use a manual way, ie with visual or sight. There are several characteristics that indicate the collector's terminal, among others:

We've been able to determine base and collector of terminals transistor, then last is emitter terminal.

So we get the conclusion:

How to determine terminals base, emitter and collector of transistor using digital multimeter? just click that link.

How to determine terminals and type of transistor using digital multimeter?

Requirement to determine terminals (base, emitter, and collector) and type (PNP or NPN) transistor using an AVO meter or multimeter or digital multitester, is multitester must have a diode test feature. Diode test feature is usually denoted by symbol of a diode, as shown in multitester's picture below. 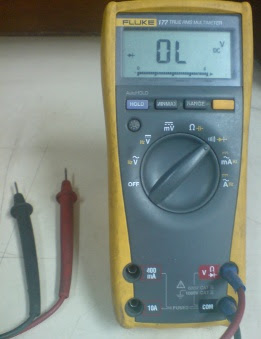 We take an example to be measured is transistor type C945, which is quite widely use. We learned to determine terminals and type of transistor C945, and the following steps:

1. Measuring and create tables of measurement


So we get the conclusion: 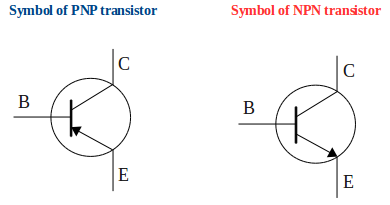