Micro switch is type of very sensitive switch, just a little pressure on a lever may cause the switch move from one position to another. Most micro switches have contacts SPDT type, so that the switch can be used to connect or disconnect, or both simultaneously.

SPDT contacts in the micro switch is generally composed of three terminal tag, such a Common line, NO (Normally Open) contact and NC (Normally Closed) contact. Contacts are equipped with spring-loaded, on normal condition, Common line will be connected to NC contact. 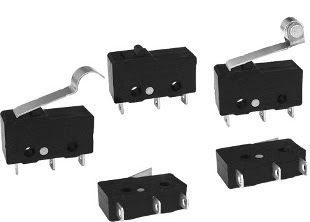