Electric current will only occur in a closed circuit. Unit to measure the electric current is called the Ampere or abbreviated with the letter A. One coulomb charge of an electron moving through a conductor of a circuit in one second is called an Ampere. The relationship between electrical current (I), the amount of electron charge (Q), and the unit time (t) is written with the formula

Where:
- I is the electric current (in Ampere)
- Q is the electron charge (in units of coulombs)
- T is time (in seconds)

Sample questions:
What is the size of an electric current that flows when the number of electrons of 60 coulombs in a closed circuit for half a minute?

Each group also called atomic skin. So The skin has 3 atoms that contain electrons. Electrons located in the outermost shell are called valence electrons. Energy electrons in the skin closest to the core is the largest. Power is due to the attraction between positive charges in the nucleus with the negative charge of electrons.

When such a large amount of iron or metal, then a good electrical conductivity. This substance is then known as the conductor material. And if the number of free electrons in such a timber, then the substance is difficult to conduct electricity or insulating materials known.

The number of free electrons in a substance such as silicon (Si) and Germanium (Ge) is not as much as in metals but not the least in the insulation, the electrical conductivity of metal was not as good but better than insulators. Such substances are called semi-conductor materials.

Based on the nature of the object categories electron

Basically, electrons are in each object, whether solid, liquid or gas. Here are outlined the position of electrons in the composition of an object. Based on the nature of the electron, it is divided into 3 categories:

Log Files
Like many other Web sites, www.electrostudy.com makes use of log files. The information inside the log files includes internet protocol ( IP ) addresses, type of browser, Internet Service Provider ( ISP ), date/time stamp, referring/exit pages, and number of clicks to analyze trends, administer the site, track user’s movement around the site, and gather demographic information. IP addresses, and other such information are not linked to any information that is personally identifiable.

Cookies and Web Beacons
www.electrostudy.com does use cookies to store information about visitors preferences, record user-specific information on which pages the user access or visit, customize Web page content based on visitors browser type or other information that the visitor sends via their browser.

DoubleClick DART Cookie
.:: Google, as a third party vendor, uses cookies to serve ads on www.electrostudy.com.
.:: Google's use of the DART cookie enables it to serve ads to users based on their visit to www.electrostudy.com and other sites on the Internet.
.:: Users may opt out of the use of the DART cookie by visiting the Google ad and content network privacy policy at the following URL - http://www.google.com/privacy_ads.html


These third-party ad servers or ad networks use technology to the advertisements and links that appear on www.electrostudy.com send directly to your browsers. They automatically receive your IP address when this occurs. Other technologies ( such as cookies, JavaScript, or Web Beacons ) may also be used by the third-party ad networks to measure the effectiveness of their advertisements and / or to personalize the advertising content that you see.

You should consult the respective privacy policies of these third-party ad servers for more detailed information on their practices as well as for instructions about how to opt-out of certain practices. www.electrostudy.com's privacy policy does not apply to, and we cannot control the activities of, such other advertisers or web sites.

If you wish to disable cookies, you may do so through your individual browser options. More detailed information about cookie management with specific web browsers can be found at the browsers' respective websites. 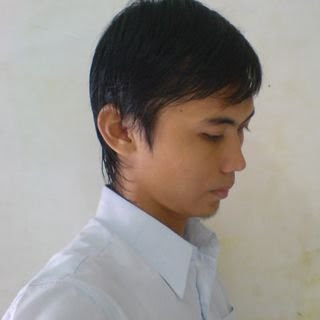 I know the world of electronics since junior high school, then entered a vocational high school in the electronics department STMN 2 Bandung. Graduated from there and accepted the work as Electrical Technician at a private company in the city of Bogor. Two years later I went to college in UIKA Bogor majoring in electrical engineering and graduated in 2008.

My friends call me with Caang, (words in Sunda) which means light.

Please select the article you are looking at this blog Electricity and Electronic or use the search field above.