Algebraic sum of electric currents flowing toward to a point or a branching of a circuit, equal to the current that out of the point.

See electric current branching scheme as in the circuit below 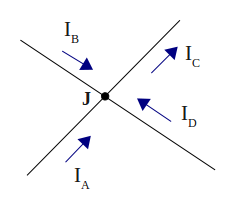 The effective capacitance or total value (Ct) a connection two or more capacitors in series, is calculated using the equation ever wrote for parallel connection to the resistance, use the formula:

Example question:
See the picture below, how many effective capacitance is given to circuit? 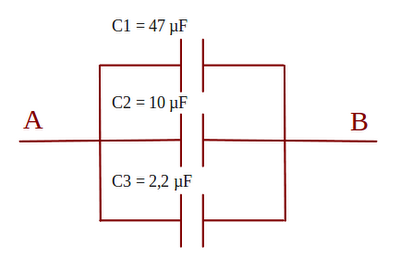 In the picture above, how many effective capacitance is given to circuit? 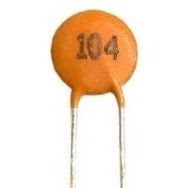 Capacitor and capacitance of capacitor

A capacitor consists of two sides of a metal plate with an insulating layer (partition) located between these two plates. Insulator layer that is used can be a thin plastic plate, but in some types of capacitors, this layer is air. 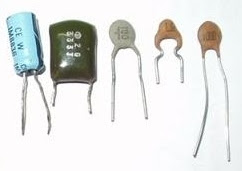 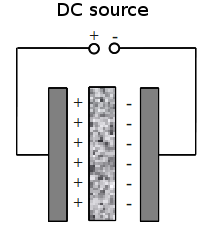 A capacitor is connected like this to the source, will be charged immediately. Voltages between the two plates is equal to the voltage power source. When the capacitor is released from the source, the capacitor retains the charge. Due to insulator layer on the capacitor, the current can not flow through the capacitor. Capacitor will remain charged up to infinite time. For this reason, capacitors are very useful for keep electrical charge. 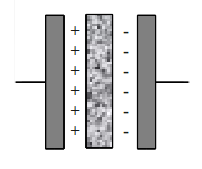 Example:
Electrical charge keep in a capacitor is 6 coulombs. Voltages between the two plates is 2 V. What is the value of capacitance?

How to measuring voltage and current electricity?

By having AVO meter, multimeter, or multi tester, we can measure the voltage and amperage. However, it is necessary to note the measurement procedure on that tool. 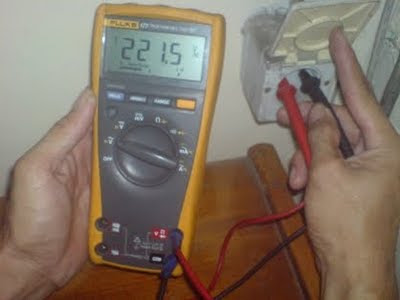 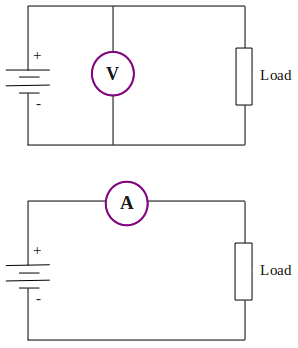 Vin voltage will drive current (I) through both resistors. Because of both resistors connected in series, then the same current will flows pass through each resistor. 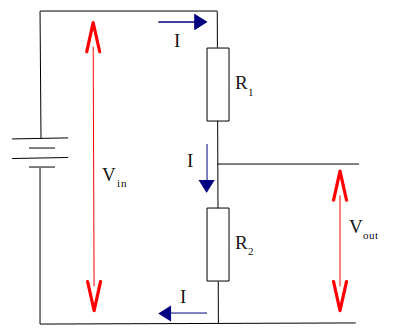 Effective resistance of two series resistors are R1 + R2. Drop voltage across this combination of both resistor is a Vin, according to Ohm's Law, the current flowing is
I = Vin / (R1 + R2)
Voltage at R2 becomes
Vout = I x R2
Substituting the current (I) with the first equation
Vout = Vin x R2 / (R1 + R2)

This equation is an equation to calculate the output voltage generated by a voltage divider circuit. By selecting two resistor with resistance values suitable, we can get the value of any output voltage within the range 0 to Vin (Volt). 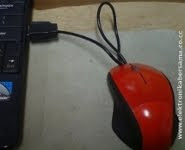 Less than half a year has a netbook, optical mouse has been damaged. Damage that occurs, the red indicator light is on but the mouse cursor was quiet, the pointer does not move following the mouse movements.

I did some trouble shooting, and I found that the USB cable connector at the edge was problem.

In the cable mouse consists of four small-sized wires, which is two 5 VDC power supply cable (plus and minus) and two data cables. Because of frequent moves, one of the existing data cable is broken. To fix this, prepare the tools:

How to calculate mixture circuit (series and parallel) on the resistors?

Draw back the circuit, by replacing each group of resistors into an equivalent resistor. Gradually, simplify the circuit to produce an Rt, or the resistance of a single end.

Example question:
What is the value of Rt, or the equivalent resistance of the circuit resistor mixture below?

Completion:
On the image above the resistance value of 56 Ω and 33 Ω are connected in parallel, then parallel connection is connected in series with 47 Ω.

Parallel connection of resistance 56 Ω and 33 Ω can be replaced with an equivalent resistance of 20.8 Ω. This simplification produces two resistance are connected in series, which is 20.8 Ω and 47 Ω.

Thus obtained Rt or an equivalent resistance for 67.8 Ω

Code printed on the resistors

Code printed on the resistors are used to replace the resistor color code. This kind of code also known as code BS1852.

The code printed is using one of the three letters below, to indicate the unit and decimal point position of the resistance value. These three letters are:
R = Ohm
K = kilo Ohm
M = Mega Ohm 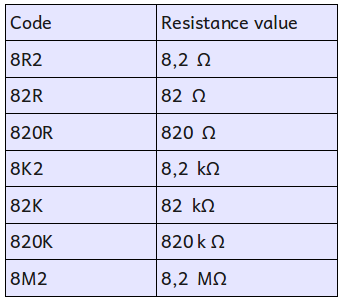