Current output generated by half-wave rectifier circuit, is only worth half input cycle. This means that half of the input power is wasted.

Rectifier would be better, when using two diodes in series. Consider the circuit below 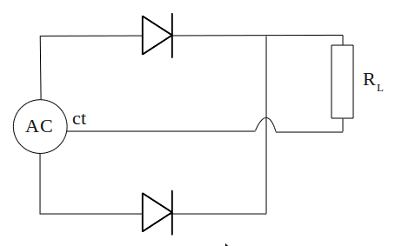 On positive cycle and negative cycle of the AC waveform, given a forward bias diode. Current flows through two diodes to the load and returned to the transformer through the ct (center tap). So that the circuit can be considered to consist of two half-wave rectifier circuit that works in turn. 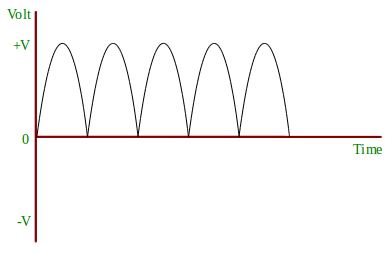 Rectifier circuit is still generating output during the second half-wave cycles (cycles of positive and negative). So this series 100% efficient, because there is no input power is wasted. The circuit is called a full wave rectifier circuit.
Next→
←Prev