220 V line voltage as in the power grid at home, which became the final stage of the electricity transmission network, a type of single-phase electricity, which uses two wires with a single phase wire (stun) and one neutral wire.

To distinguish between wire where the wire stun and neutral (non-stun), we can use a tespen. Tespen touch in the these two wires, when tespen lit, indicating wire stun, and when not lit, indicating the neutral wire.

Be careful with the wire stun, because it will give the effect of shock when a member of our body that intentionally or unintentionally touch it. 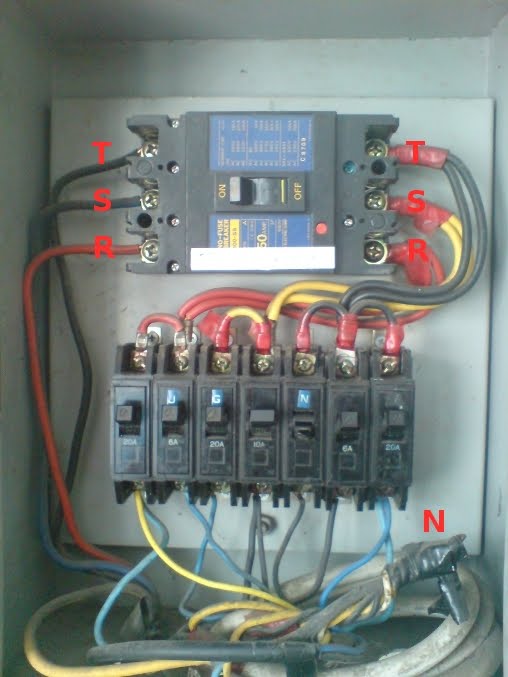